On today’s episode, Sean does a 2018 year in review of some of the podcasts he had this year as well as twitter questions from the audience.

I tend to like year in review shows when done well and really liked this one. I had heard a number of these podcasts throughout the year and can’t disagree with his choices (well maybe except the Wendi Richter one). That said, overall, this was an excellent podcast. My only other critique (and it’s a small one), is that the Q&A might have been a tad long, especially given the length of this podcast but other than that, definite recommend.

RECAP AND REVIEW: Prime Time with Sean Mooney with Vickie Guerrero on Eddie’s frustrating WCW years, his relationship with Vince McMahon, becoming an on-screen character, the origins of “excuse me”

RECAP AND REVIEW: Prime Time with Sean Mooney with Edge on how he won free wrestling training, one of the original ideas for his character and what management wanted him to wear, how he got his ring name, main-eventing WrestleMania with The Undertaker 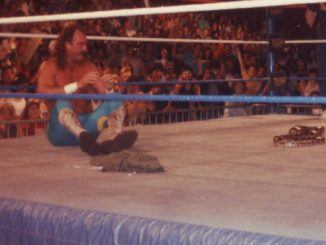